If you’ve read our recent article on sleep science, you know that neurons release amyloid-beta (a toxic protein implicated in Alzheimer’s disease) during periods of activity. The protein is excreted as a waste product whenever neurons fire an electrical signal. This is probably why patients with epilepsy often have large amyloid-beta plaques in their brains, as the fast pulses of activity created by seizures cause neurons to excrete large amounts of the protein. Based on this observation, some have theorized that the buildup of amyloid-beta in Alzheimer’s disease could be caused by hyperactive neurons.

In a paper published recently in Nature Medicine, researchers used electrodes to monitor neuronal activity in the medial temporal lobe (MTL) of two patients with early Alzheimer’s disease. The MTL is highly vulnerable to amyloid plaque buildup in Alzheimer’s disease and contains structures important for memory, including the hippocampus and entorhinal cortex. Typically a scalp EEG is used for measuring seizure activity, but because the MTL is buried deep within the brain, it’s difficult to observe in this way. The researchers got around this problem by inserting electrodes directly into the patients’ MTL. 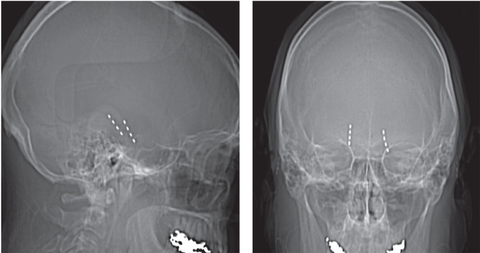 This figure shows the placement of the electrodes in one of the patients.

Patient 1 showed high neuronal activity in the MTL, ranging from 400 spikes per hour when awake to 850 spikes per hour during sleep. The electrodes recorded three small seizures during the 12-hour monitoring period, all of which occurred during sleep. One caused the patient to awaken, while the others had no noticeable effect. When the patient was treated with levetiracetam, an antiepileptic drug, the spiking activity in the MTL was reduced by 65% and she experienced no further seizures for the next 48 hours before the electrodes were removed.

The second patient had comparatively lower neuronal activity: about 16 spikes per hour when awake and 190 spikes per hour during sleep. Mood disturbances prevented her from being administered the levetiracetam.

In both patients, 95% of the spikes and all of the seizures in their MTL were not detectable by EEG, which was recording at the same time as the electrodes. Thus these clinically silent seizures have remained unknown until now, invisible to both patients and doctors. This new electrode recording method shows that patients in the early stages of Alzheimer’s disease may have hyperactive neurons in the MTL, a possible explanation for why this region is often affected by high amyloid-beta levels. If this is the case, some patients may benefit from antiepileptic drugs to prevent Alzheimer’s disease from progressing further. 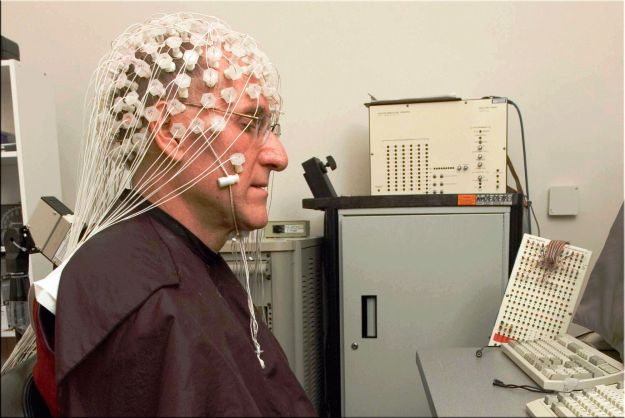 While EEG (pictured here) is an easy and noninvasive method of measuring neuronal activity, this study showed that is cannot reliably detect seizures in subcortical structures like the hippocampus.

With only two patients, it’s hard to say whether this study generalizes to the rest of the population. These patients could be exceptions to the rule and display unusually high MTL activity. However, the study is certainly intriguing and merits further investigation with a larger number of test subjects.