Yes, you read that title correctly: flickering lights are actually being investigated as a treatment for Alzheimer’s disease. When I first heard about this study, I was pretty skeptical of the idea that some fancy flashing lights could yield any sort of cognitive benefit. However, as strange as it sounds, this idea is based in some solid science, and it may help to shed light (pun intended) on our search for an Alzheimer’s cure.

This technique works by playing with the electrical signaling in our brains. Brain waves, more formally known as neural oscillations, are the result of rhythmic firing of neurons. A specific type of high-frequency brain waves called gamma oscillations have recently been the focus of a lot of neurological research. The function of gamma oscillations remains largely a mystery, but they’re believed to be involved with high-order brain processes such as learning and memory. Interestingly, past studies have shown that gamma oscillations are disrupted in people with Alzheimer’s disease. 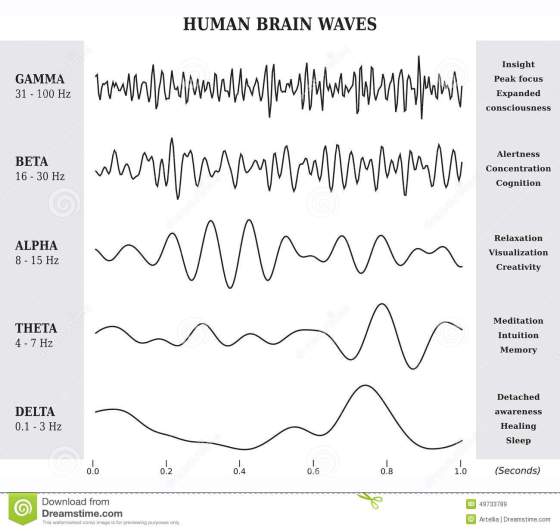 In a study published this week in the journal Nature, researchers sought to further investigate the link between gamma oscillations and Alzheimer’s disease. The research team, led by MIT professor Li-Huei Tsai, used a genetic mutation to simulate Alzheimer’s disease in mice. They found that these mice had reduced gamma oscillations in the hippocampus, a part of the brain associated with long-term memory. These reduced oscillations were apparent very early in the disease’s progression.

Tsai and her colleagues next wanted to know whether correcting these disrupted oscillations could help reverse the symptoms of Alzheimer’s disease. They used a technique called optogenetics to artificially induce gamma oscillations in their mice. This involves inserting a fiber-optic thread into the mice’s brains and using light pulses to stimulate neural activity.

After only one hour of induced oscillations, the hippocampi of these mice had 50% reduced levels of amyloid-beta, a toxic protein that is considered the hallmark of Alzheimer’s disease. This may have been due to a type of brain immune cell called microglia. Following the oscillatory period, the microglia in the mice’s brains became more active in clearing away clumps of harmful amyloid-beta. 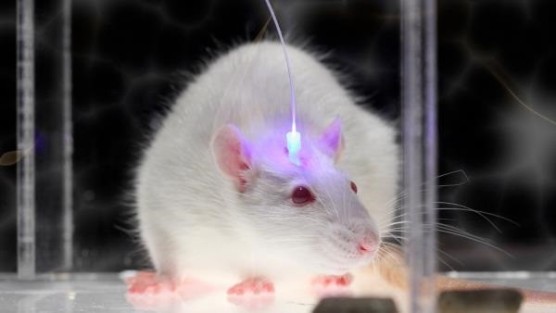 A mouse hooked up to an optogenetics apparatus. This technique allows researchers to control neural activity in real time. Image source

The next step in the experiment was to stimulate gamma oscillations using a less invasive technique. Tsai’s team exposed the mice to lights that flickered at a rate of 40 flashes per second, the same frequency as gamma oscillations. After one hour of exposure, the mice had a nearly 58% reduction of amyloid-beta in the primary visual cortex, a similar amount to what was observed with the optogenetic method. The flickering lights also reduced the accumulation of phospho-tau, another toxic protein related to Alzheimer’s disease.

So, does this mean that you should start staring at flashing lights to help stave off Alzheimer’s disease? Well, not exactly. The mice’s reductions in toxic brain proteins as a result of the flickering lights were localized only to the primary visual cortex, the part of the brain directly involved with processing visual information. Other brain areas, including the memory-controlling hippocampus, were not affected. It’s likely that other methods will need to be developed to stimulate gamma oscillations in non-visual parts of the brain.

Like any ground-breaking study, this research raises more questions than it answers. Did induction of gamma oscillations using optogenetics result in any improvement of the mice’s memory? How long do the reductions in amyloid-beta and phospho-tau persist after the stimulation is removed? How can we noninvasively induce gamma oscillations in non-visual brain regions? Would this have the same result in humans as in mice? Many of these questions are currently being investigated by Tsai’s lab and other groups of researchers. While still preliminary, this study opens up a whole new world of exciting research into the involvement of gamma oscillations in Alzheimer’s and other neurological diseases.